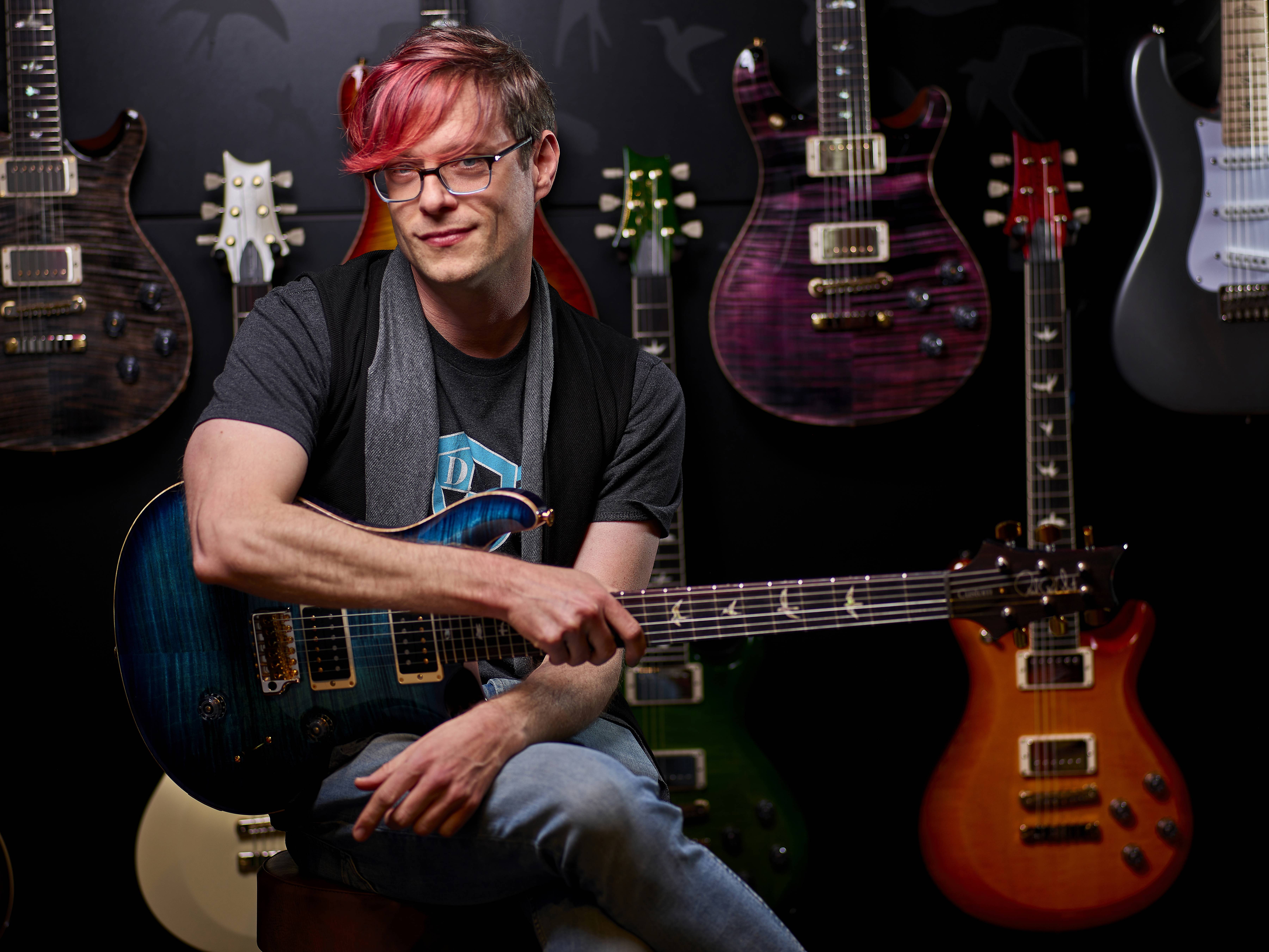 Cameron started playing guitar when he was in his early 20s and was a founding member of Phoenix Ash. Being the most prolific American Japanese Rock bands, Phoenix Ash was signed to a Japanese label and had the honor of working with Toida, producer for X-Japan. Cameron has worked alongside Moritomo Arahshi (T-Bolan) and members of GLAY and Hide as well as touring with popular Japanese acts such as Daizy Stripper and FEST VAINQUEUR. Phoenix Ash is also well known for their famous You-Tube covers of popular Japanese songs as well as having music showcased in TV and Movies.
Cameron has also worked at Danville Music since 2008 and proudly partnered with Adam Schuman to purchase the store in June of 2021. Cameron’s vision for what Danville Music is and can be is limitless, recognizing that what we have in our small part of the world is something truly special, and is inspired to share that with the world. 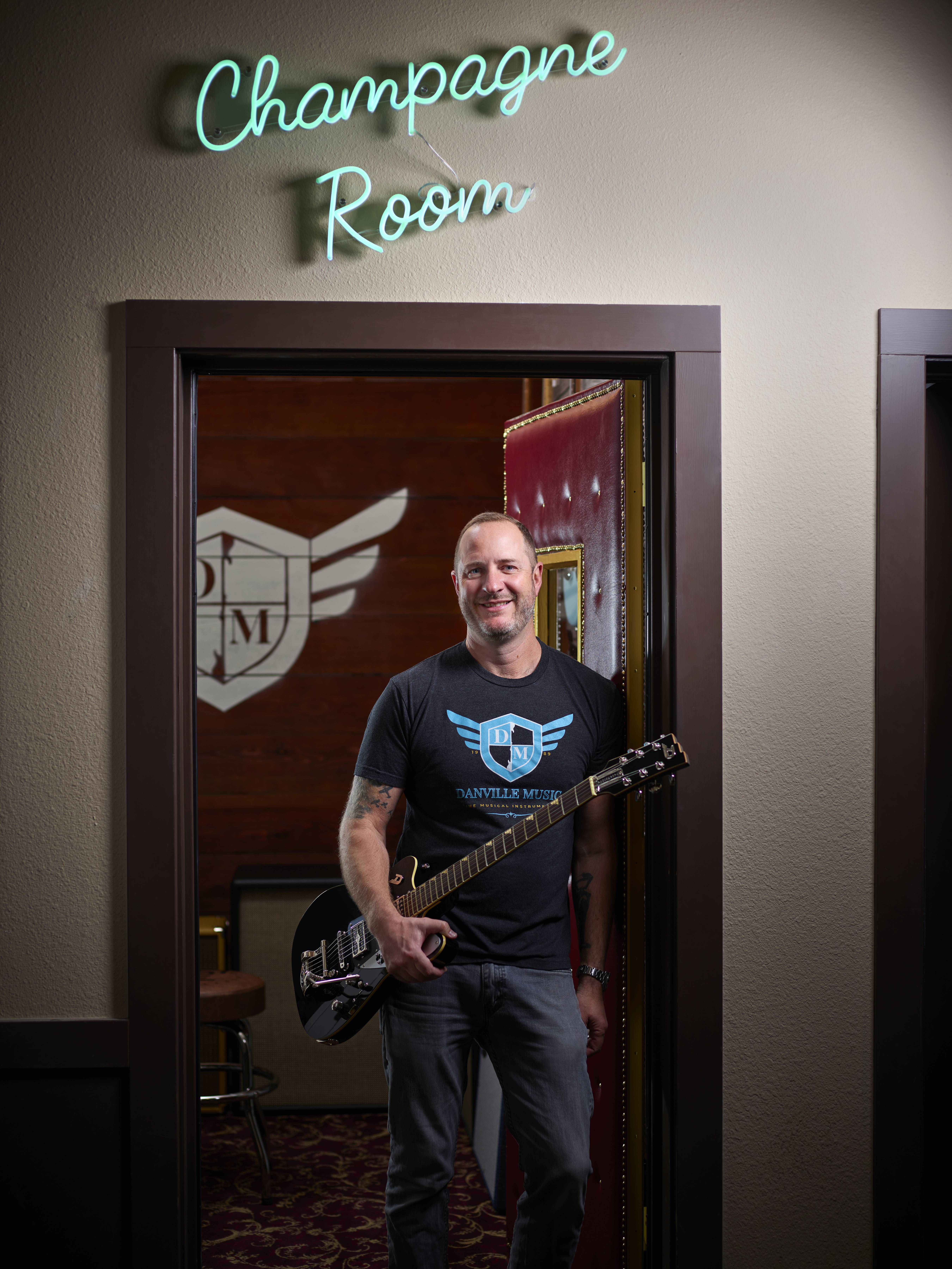 Adam began playing guitar in 1992, and has been studying music ever since. In 1996, Adam began teaching guitar lessons and have been an instructor at Los Medanos College and Soundwall Music Camp (as seen on CNN). In March 2004, he began teaching through Danville Music.
As a professional musician, he specializes in performing Rock, Blues, Jazz, Country, Folk, and Funk styles. Not only has he participated in countless session recordings for television commercials for companies like Microsoft, Lincoln-Mercury, T-Mobile, and Salesforce, but he has also co-written and performed several songs used for television programs and movies. Adam has performed at Live 105’s BFD at Shorline Ampitheater, Not So Silent Night at the Bill Grahm Civic Center, and Napa’s Bottle Rock Music Festival. He has performed in bands that have supported/opened for acts such as The Killers, Modest Mouse, Filter, The Shins, Silversun Pickups, Alien Ant Farm, Dredg and have toured nationally and internationally.
Adam Schuman has been co-owner of Danville Music since June of 2021. He and partner Cameron have been expanding inventory since taking over the store, and are striving to keep Danville Music an exceptional music store. 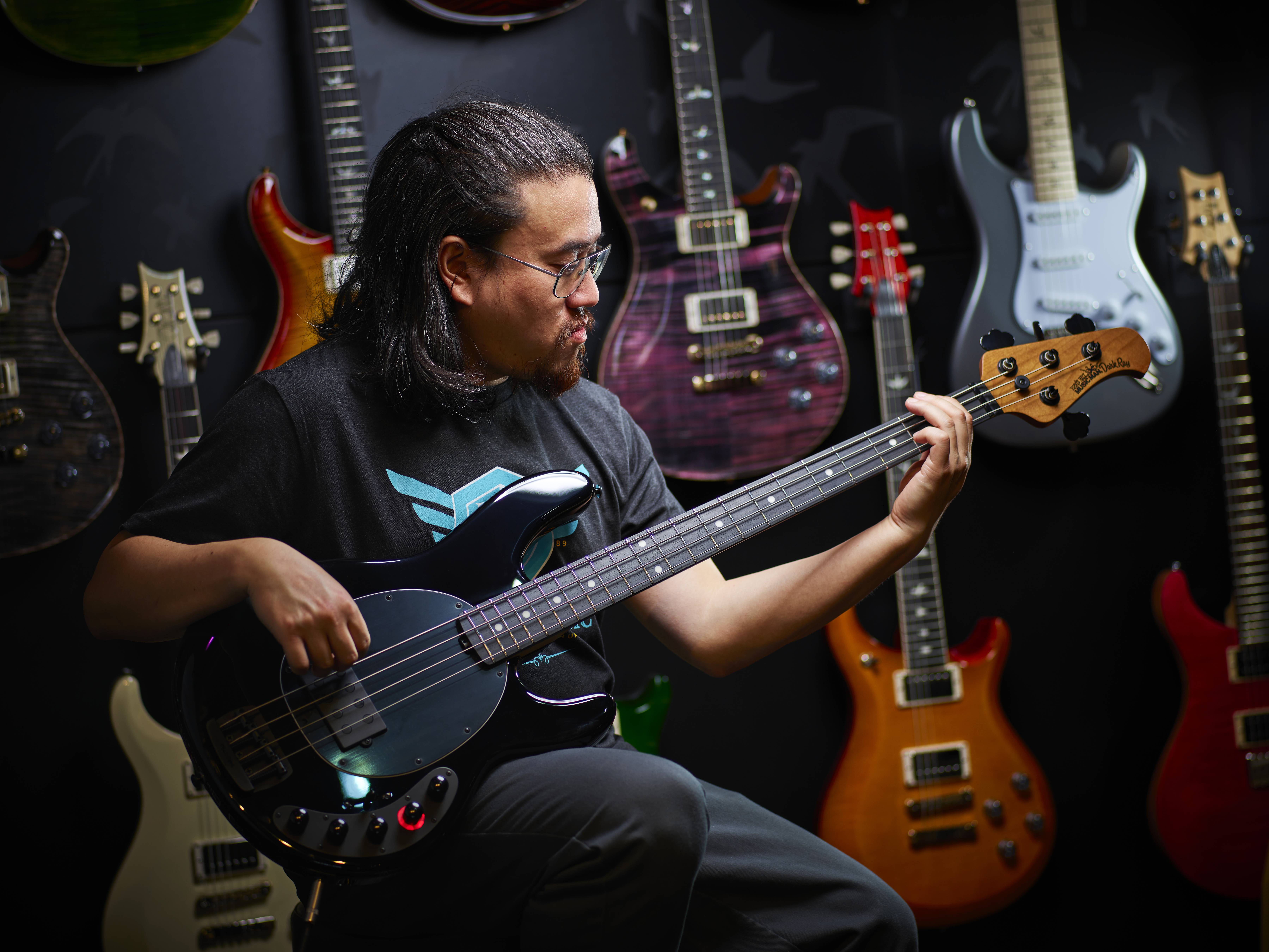 Nate began playing guitar at age 10 thanks to MTV and a healthy obsession with the band Nirvana. Throughout grade school he played in various friends' bands. At 25, he joined the "Re-Volts" headed by the singer from the band "Me First and the Gimme Gimmes". Nate has been working at Danville Music since 2015 and absolutely enjoys his role in providing the Danville area with an establishment people can come to for their musical needs. 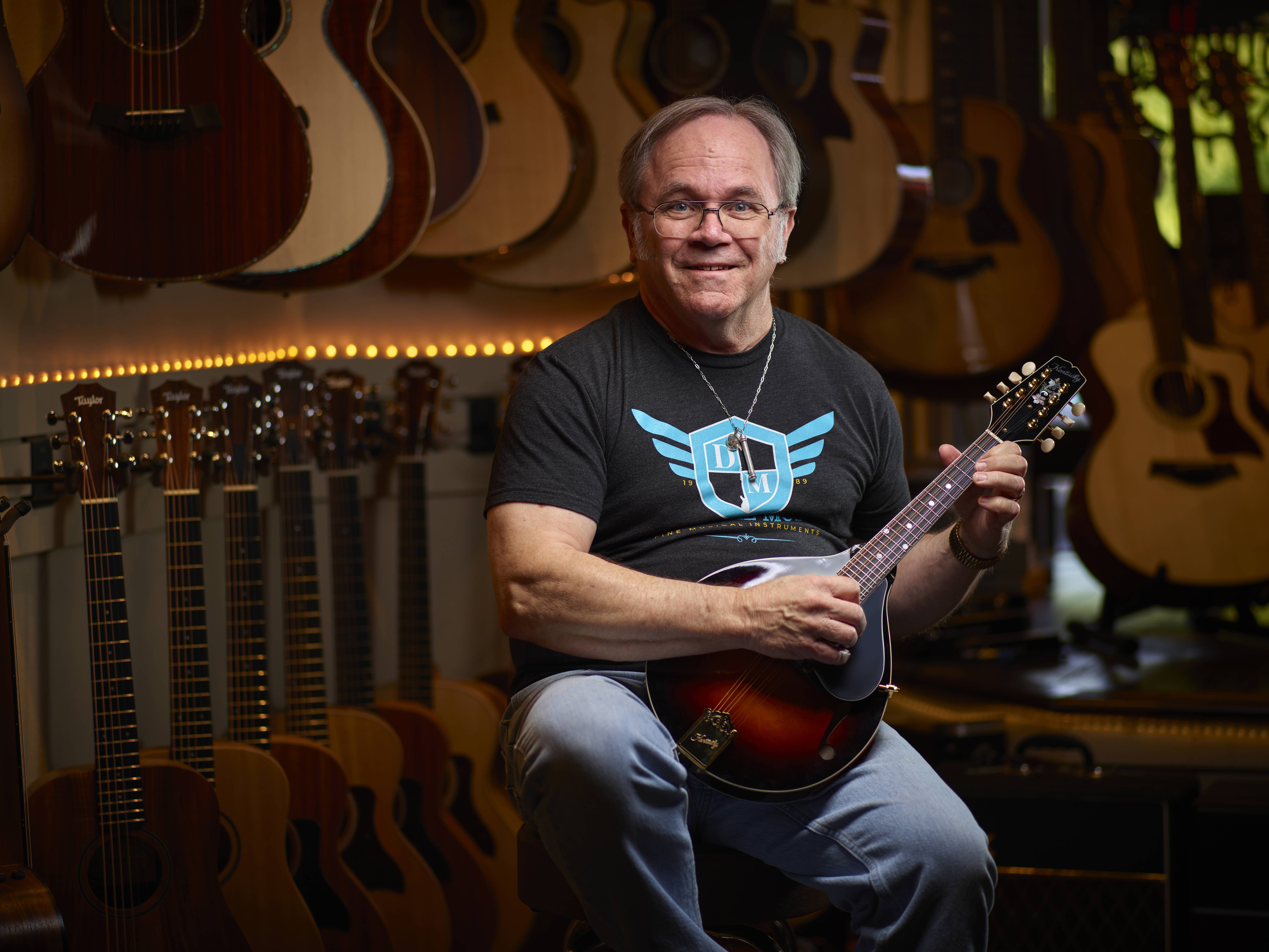 Dave started playing music at nine years of age, playing clarinet. He played clarinet and sax through high school, where he was exposed to music of all kinds by the best teacher he had over his entire career. He owes him so much! On to college, where Dave took a clarinet major, but upon switching schools, the draft board decided to pull his student deferment, and he was reclassified 1A. Dave enlisted in the Army band program, where he spent 2 1/2 years playing with some of the best musicians of his life.
Upon his release, Dave returned to school to an unsatisfying experience. An Army buddy connected him with a gentleman who was opening a music store in Danville, California, and Mr. Y's Music was born. Dave spent several years as manager there, and subsequently bought the store, and renamed it Devil Mountain Music. After a few years, it was time to move on, but not until he met Mr. Greg Kennedy, who bought the store a couple of years after Dave left.
Fast forward to 2008, where Dave went to work part time for Greg's version of Danville Music. These past years at Danville Music have been among the best of Dave's life, where he has been blessed to work alongside great musicians and great friends. They have done some amazing things in the 14 years Dave's been here, and he looks forward to many more. Dave is truly honored and blessed to be a part of the Danville Music family. 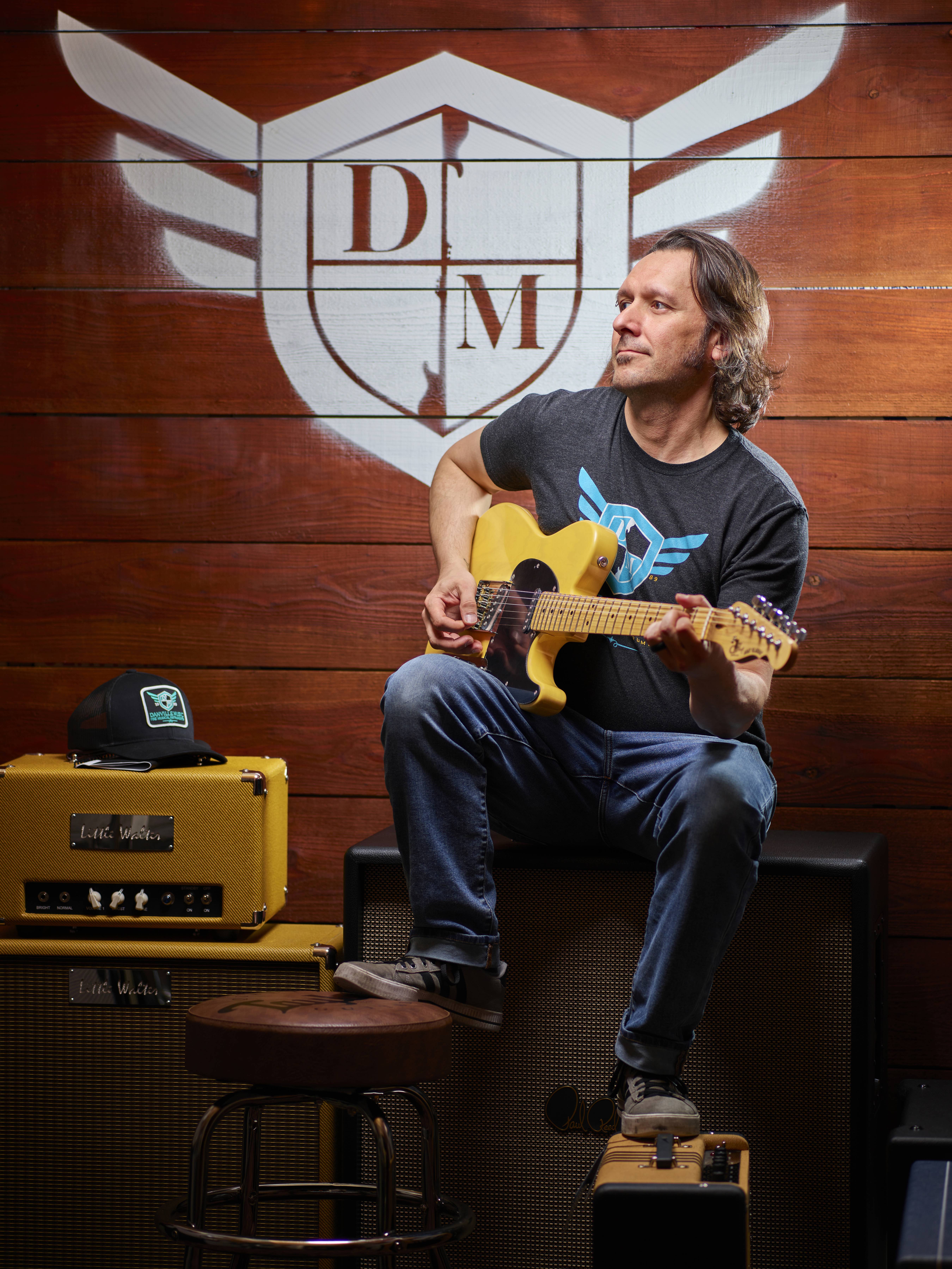 In 1991 Dave took his first drum lesson at Danville Music - he started his musical journey here with the Danville Music. Dave has toured and recorded with his bands, attended college for audio engineering, and in 2007 he officially joined the Danville Music team. "It's an honor and a privilege to work here and share my passion and excitement for music! This is my home and this is my chosen family."